Popeye: ‘I’m your one and only exspring. See, we got the same bulgy arms’.

Dufus (Popeye’s nephew): ‘Did you kill any Japs?’ 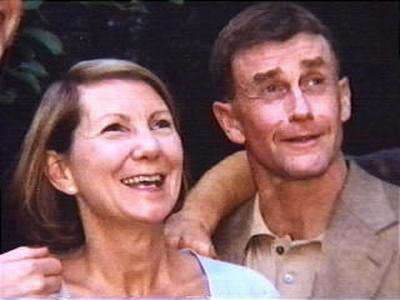 Michael Iver Peterson didn’t use a special murder weapon to kill his wife Kathleen, he used his bare hands.

Michael Iver Peterson  grabbed his wife Kathleen by the hairs of her frontal area with his right hand and slammed with force the back of her head against the wooden stairs, again and again, till she died.

During the assault, he once grabbed her contemporary by the hairs with his right hand and by her throat with his left hand and his thumb produced the fracture of the superior cornu of the left thyroid cartilage of Kathleen’s throat.

According with her post mortem examination, Kathleen suffered multiple lacerations of the head consistent with a flat object, that flat object were the stairs against which her head impacted several times, not because she fell down the stairs but because Michael Peterson slammed her head against those stairs. 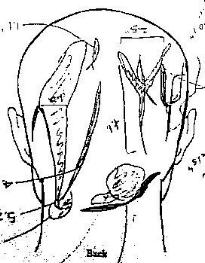 On both Kathleen hands, on the bottom steps of the stairs and on the Diet Coke can found in the patio, that Michael Peterson drank from, were found several cut hairs by the crime scene operators. These cut hairs were from the frontal area of Kathleen head and were cut off by Michael Peterson right hand and by Kathleen hands when she tried to free her hairs from his hand, for this reason they found hairs on her hands too.

If these hairs were from the back area of her head, investigators should have found just crushed hairs, not cut hairs. It could be helpful to check the exhibits to see if they collected hairs with their roots to support this reconstruction.

The big amount of blood found inside Michael Peterson pants has just an explanation: the second time he assaulted Kathleen, he sat on her upper legs close to her waist.

After he attacked her the first time, a lot of blood drained on Kathleen waist, she then unexpectedly recovered and stood up. At that point, Peterson attacked her a second time and, while he was slamming again her head against the stairs, his pants absorbed the blood from Kathleen clothes because he was sitting astride on her waist in order to stop her from moving. 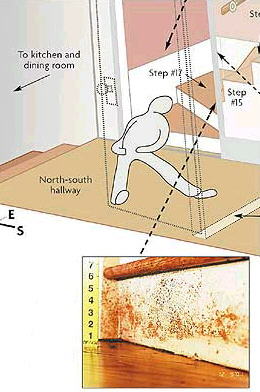 There were no fractures on Kathleen skull because she was slammed against a wooden surface.

1- all the contusions on Kathleen body;

2- the distribution of the bloodstains found in the area of the murder;

3- the presence of low and medium velocity blood spatters on the scene;

4- the crucial absence of any cast off on the ceiling;

5- the absence of any pattern of a weapon on the bruises found on Kathleen head;

6- the absence of defensive wounds with a pattern of a weapon;

7- the absence of collateral damages with any pattern of a weapon in the narrow area where she was killed;

8- the impossibility to recover a weapon;

9- and the absence of fractures on Kathleen’s face too. Especially in a narrow area, a hit from behind that is able to cause a skull’s laceration usually produces fractures of the nasal or cheek bones of the victim due to the crush against the wall or against the stairs followed the rebound of the blow to the head.

The blood found on the walkway leading to the house dropped from Michael Peterson bloody hands.

Weapons usually reflect killers’ personality. Michael Peterson is a kind of contemporary Popeye, for his face, his smocking the pipe and his muscular body and, as Popeye, he used a personal weapon to kill, his hands, at least twice.

Michael Peterson was very proud of his muscles and often put them on display wearing just a tank top, according to the pictures seen in the documentary ‘The Staircase’, and for sure he knew to be strong enough to be able to kill a tiny woman using his bare hands. We shouldn’t forget that he had a military training and he battled in Vietnam, in the Second Indochina war. 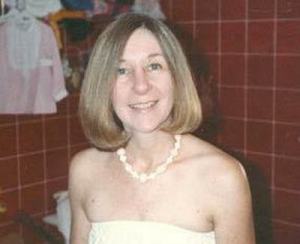 In 1985, Elizabeth Ratliff was killed in the same way by a younger and stronger Michael Peterson. She was found dead at the bottom of the stairs of her house in Germany. Elizabeth suffered a fracture at the base of the skull because, at that time, Michael Peterson was younger and stronger and the surface against which his head was slammed was a floor made of terra-cotta tiles, not wood, like in Kathleen’s case. It could be quite interesting to ask people that saw and cleaned that first crime scene if they found hairs on the scene.

For a complete analysis of this case read:

Michael Iver Peterson: a pathological liar and a murderer